Prices of tokens created by Daniele Sestagalli, one of the developers of Avalanche-based money market Wonderland, fell by as much as 22% in the past 24 hours amid drama around one of Wonderland’s co-founders.

All these tokens were part of projects created by Sestagalli, who gained a cult following in recent months thanks to his community-centric approach towards crypto projects. His protocols were worth billions of dollars at their peak, but the fortunes have since faded away.

The price of TIME, one of the most popular Sestagalli projects, reached a low of $261 during U.S. hours on Thursday before recovering to $330 in European morning hours on Friday. The price is down 96% since lower all-time highs of just over $10,000 in November, when TIME reached a market capitalization of $2 billion.

SPELL, the governance token of Abracabadra, a protocol that allows investors to deposit collateral in the form of interest-bearing crypto, is down 86% since November’s peak of $0.03, data from tracking tool CoinGecko shows.

ICE, the token of Ethereum-based cross-chain exchange Popsicle Finance, fell from over $8 on Wednesday to $4 in European morning hours on Friday. Its market capitalization dropped to just over $50 million, a level last seen in September. 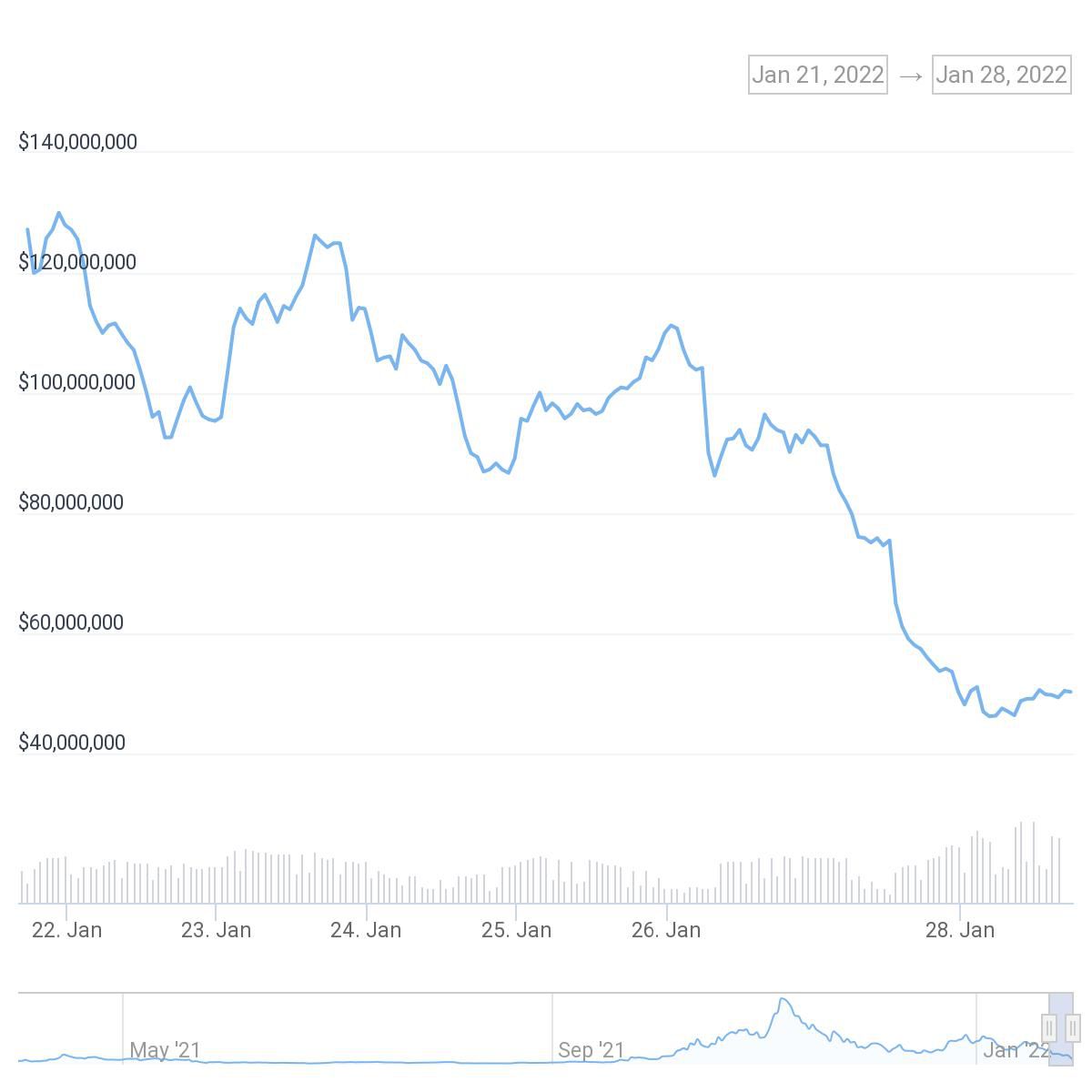 Investors were also concerned about Magic Internet Money (MIM), a dollar-pegged stablecoin issued on the Abracabadra Money platform, losing its parity with the U.S. dollar. MIM is one of the largest algorithmic stablecoins, with a circulating supply in excess of $4.6 billion at the time of writing.

$SPELL down 30% this morning and although the $MIM peg is still 1:1 the Curve finance pool is becoming increasingly imbalanced w/ ~$0.5B in farmers exiting.

The plunge came after Wonderland’s pseudonymous co-founder “Sifu” was revealed to be Michael Patryn, one of the co-founders of failed crypto exchange QuadrigaCX, as reported.

Patryn launched the influential Canadian crypto exchange with Gerard Cotten in 2013, with the exchange processing over $2 billion in trading volume at its peak in 2018. But the success story turned awry after Cotten died during a trip to India, taking with him access codes to wallets that controlled over $190 million worth of cryptocurrencies belonging to clients.

Conspiracy theories around Cotten’s death soon sprung up about the circumstances of his death. In addition, some investigations at the time revealed Patryn – who left Quadriga in 2016 – was actually one Omar Dhanani, a convicted felon who was involved in credit card scams and identity fraud.

On Thursday, the broader crypto community was furious as Sestagalli decided to continue keeping a convicted scammer as one of the key holders to a treasury worth hundreds of millions of dollars. This led to a sell-off in TIME and, later, a sell-off in cryptocurrencies related to TIME and its developers.

Meanwhile, a governance post on Wonderland forum created by community members on Jan.27 sought to remove Sifu as treasury manager of the protocol.

Over 83% of the community voted to “replace Sifu” at the time of writing, staking over 41,000 TIME tokens as votes towards the removal.